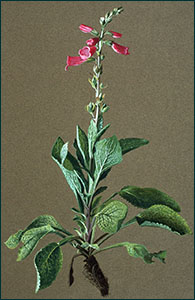 The Italianate house on this corner plot was once the home of Dr Katharine Rosebery Drinkwater, Wrexham’s first female doctor. She served overseas in the First World War.

The house was built in 1869 for engineer Isaac Shone. He named it Grosvenor Lodge. He was mayor of Wrexham in 1878 but lost his council seat the following year and moved to London.

Katharine (pictured left) was born in London in 1872. Her father was a doctor, and she graduated as a doctor in 1906. She became one of the first women to hold a Diploma in Public Health. She married Wrexham GP Harry Drinkwater when she was 31 years old, and they lived here.

In 1907 she became the Assistant School Medical Officer for Wrexham, while also working as assistant gynaecologist at the Women’s Hospital in Liverpool and teaching midwifery and first aid. She was a member of Wrexham Suffrage Society, which campaigned for women to be allowed to vote in elections. In 1910 she joined the Welsh National Memorial Association, researching treatment for tuberculosis. 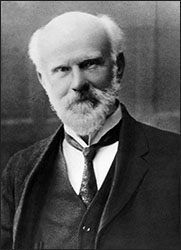 During the First World War, Katharine addressed recruitment rallies, urging women to take up important jobs. She trained Wrexham’s first aiders and nurses. In 1916 she was in the first cohort of women doctors to join the Royal Army Medical Corps. She was awarded an OBE for her work with the RAMC in Malta in 1916 and 1917. She became a magistrate in 1920 and died in 1939.

Dr Harry Drinkwater moved to Wrexham in 1890 and was a talented botanical artist. He exhibited his watercolour paintings of local plants at the National Eisteddfod in Wrexham in 1912, and later donated c.400 paintings to the National Museum Wales. He died in 1925.

With thanks to Georgina Gittins of Women’s Archive Wales, and to Amgueddfa Cymru - National Museum Wales