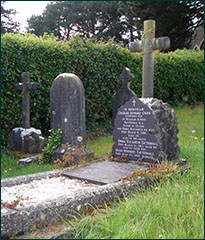 During the Second World War, Lady Emma Henderson worked for the French Resistance. She survived being held in a Nazi concentration camp.

Born Emma Tattersall in London in 1905, as a teenager she crossed the Atlantic to New York, where her sister Vera was a stage and film actress known as Viva Tattersall. Emma had dreams of making it big Stateside but it did not work out. She returned to Europe, enrolling in a Fine Arts course at the Sorbonne in Paris.

In 1934 she met and married Mario Nikis who was the founder of Laboratoires Radioélectriques, a maker of electronic equipment for the military. When Germany invaded France, he moved the factory from Paris to Clermont-Ferrand, but when that too was overrun by the enemy, he was forced to start making equipment for the Germans. In 1944 Emma and Mario were arrested by the Gestapo for their work with the Resistance. They had been making transmitters for use by the French for the forthcoming D-Day landings.

Emma was initially taken to Gestapo headquarters before being moved to Ravensbrück, a concentration camp 80km (50 miles) north of Berlin. She briefly saw and spoke to her husband on the train journey from France to Germany.

When liberated by the Allies at the end of the war in Europe, she weighed just under 32kg (5 stones) and was given the news that Mario had died. In recognition of her wartime service to the French Republic, Emma was awarded the Médaille Militaire and appointed a Chevalier of the Légion d’Honneur, a copy of which is carved on her headstone.

In 1964 Emma married businessman Sir Charles Henderson and they settled in Cannes, southern France, where she remained until her death in March 2004.

Emma Elizabeth Tattersall, Emma Henderson’s grandmother, was born in Beaumaris in 1829. Her father, born in the town, was headmaster of Beaumaris Grammar School. She returned after the death of her husband, living at Tros yr Afon and later Glan y Môr. She buried her youngest son Charles here in 1888.

Emma Henderson’s father, Hugh Herbert Tattersall, was a ship’s captain and served in the Mercantile Marine in the First World War.