The Oakeley Arms Hotel, near Maentwrog

The Oakeley Arms Hotel, near Maentwrog

When the travel writer Thomas Pennant passed this way in the late 18th century, he noted that this coaching inn had been improved. Known as the Tan-y-Bwlch Inn, it was strategically positioned. Horses could be rested, fed and watered here before the climb out of the valley towards Beddgelert or towards Harlech. The inn’s large coach house still stands behind the main building. 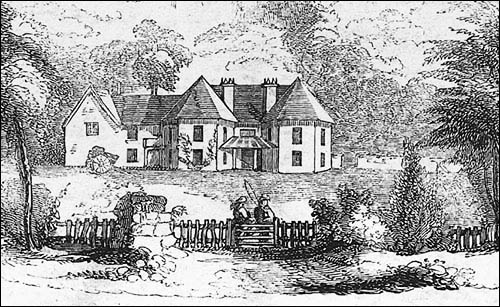 The building was probably enlarged in the first half of the 19th century to cater for the growing numbers of affluent tourists visiting Snowdonia. The engraving of the hotel (courtesy of Llyfrgell Genedlaethol Cymru – the National Library of Wales) dates from c.1835. The artist appears to have steepened the pitch of roofs. The wing on the left was extended later, probably under the auspices of Louisa Oakeley of nearby Plas Tan-y-Bwlch.

Louisa became the owner after the death in 1835 of her husband, William Griffith Oakeley. Her philanthropy included funding a hospital for quarrymen and their families in Blaenau Ffestiniog.

In 1809 local solicitor John Lloyd placed four “curious ancient weapons” at the inn for public inspection. They had recently been found under a stone on a mountain in Meirionnydd.

By 1851 the inn was run by Scotsman John Rae and his Welsh wife Mary. By 1861 its name had changed to the Oakeley Arms Hotel. John, who was also a farmer, died in 1867 and Mary four years later. Their unmarried daughter Laura Jeanette became the hotel’s proprietor, a role she continued until her death in 1899.

In 1884 she was praised for her careful breeding of native Welsh cattle. She had recently sold a calf for 20 guineas (over £2,770 today) and a heifer for 50 guineas to a buyer in Hertfordshire. The heifer had won first prize in the Dolgellau, Harlech and Pwllheli shows. It was hoped that her example would encourage other farmers to improve the old breed.

The Oakeley estate, including the hotel, was sold at auction in July 1910. The hotel was listed Grade II in 1954, as was the coach house in 2005. The buildings were refurbished after they were acquired in 2003 by Ann-Marie and Chris Vanstone.