This shop, now a fundraising outlet for St David’s Hospice, was once the post office run by Alan Bates, whose actions exposed Britain’s biggest miscarriage of justice. The Post Office had wrongly accused hundreds of sub-postmasters (people who run local post offices) of stealing. Many had received criminal records and some were jailed. 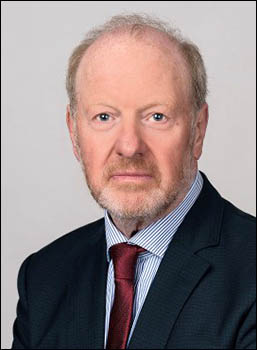 Alan (pictured) moved here in 1998 from Halifax, where he managed a museum. He and his partner Suzanne Sercombe developed a wool and clothes shop, known as the Wool Post, alongside the post office here. In 1999 the Post Office started installing the Horizon computer system in post offices, but the system was faulty. When daily takings at individual offices didn’t tally on Horizon, the Post Office accused the sub-postmasters of theft. From 2000 to 2014, it prosecuted 736 sub-postmasters, an average of one per week.

Two months after Horizon was installed here, the Post Office told Alan he was liable for a “variance” of over £6,000 but wouldn’t let him see Horizon’s details for Craig-y-Don post office.

Alan set up a “Post Office victims” website, which enabled other sub-postmasters to realise that they had also been wrongly accused. This laid the foundations for a successful High Court challenge by 550 sub-postmasters, led by Alan. 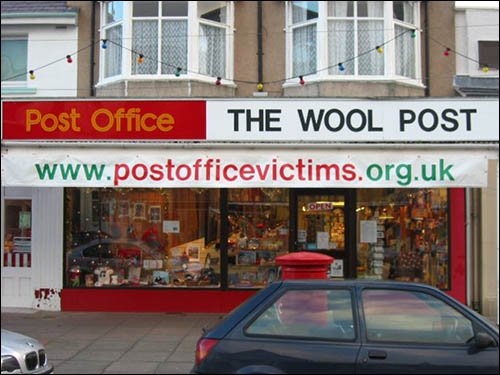 The Post Office terminated his contract in 2003, claiming he was not fulfilling his contractual obligations. Alan said this arbitrarily wiped out the life savings he and Suzanne had invested in developing the shop and post office. The photo shows the shop before closure.

It wasn’t until 2018 that the Post Office accepted the blame for the Horizon scandal. By then, some of the wronged sub-postmasters had died, including at least one who took their own life. Compensating the hundreds who were wrongly convicted would have bankrupted the organisation, so the government agreed in 2021 to foot the bill. Some 2,500 people had lodged claims when the Post Office’s “historic shortfall scheme” closed in 2020.