Bryn Morfa Farm, now home to Bryn Morfa Holiday Park, was directly affected by both world wars. The farmhouse was demolished after the Luftwaffe bombed it in 1941. 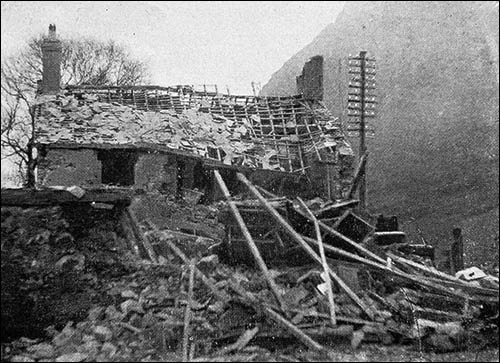 In the early 20th century, Bryn Morfa was home to Thomas and Jane Hughes. He was a farmer and a coal and timber merchant.

Their son Hugh had a talent for recitation, winning a prize in the under-13 category at the Conwy Methodists’ New Year’s Day festival in 1904. He joined the Army Service Corps in the First World War, later transferring to the Labour Corps. He arrived in France in the closing weeks of the conflict but died of influenza on 1 November 1918. He is buried at Awoingt British Cemetery, near Cambrai.

In April 1919 Thomas attended an auction of horses from the army camps at Morfa Conwy – just across the railway from his home – and at Deganwy. He paid the highest price for an animal at the auction. Thomas died a few days later. 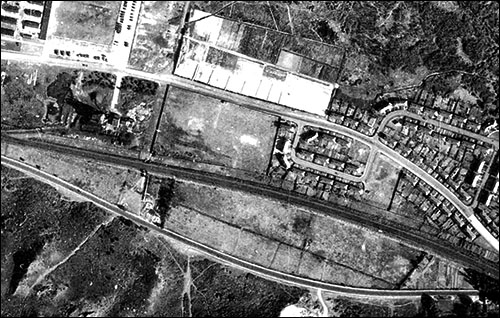 Jane was the sole occupant of the farmhouse when Conwy suffered its only aerial bombing of the Second World War. The Nazis’ invasion of France in 1940 had enabled their bombers to reach ports on Britain’s west coast, including Liverpool and Birkenhead.

One night in March 1941, Conwy’s air raid sirens sounded and the civil defence control room – below the council chamber at Bodlondeb – was informed that bombs had fallen locally. The German ordnance had struck Bryn Morfa, causing the damage shown in the upper photo. The house was later demolished.

Fortunately Jane had stayed up late, reading her bible. She was taken to hospital suffering from shock and minor injuries. Had she gone upstairs to bed at her usual time, she would have been badly injured or killed. Today it’s still unclear whether the German bombers were targeting the nearby railway line or jettisoning the bombs while flying to or from Merseyside.

The lower photo, courtesy of the Welsh Government, shows the farm’s remains (bottom left quarter) and the edge of the army camp (top left).

With thanks to Adrian Hughes, of the Home Front Museum, Llandudno, and the Welsh Government