Use the lists and map below to find the interesting graves we’ve selected at Church Island. Click the person’s name to see our information about him or her, with a photo of their grave to help you find it.

When you go to look at the graves, please take care and remember that the ground at churchyards can be uneven.

You can hear specially recorded readings of Welsh poetry on our web pages about Hugh Emyr-Davies and Sir Cynan Evans-Jones and a recording of a hymn by “Corfanydd”.

The oldest graves are in the vicinity of the St Tysilio’s Church. The northern side of the island was farmland until 1918, when it was consecrated as an extension to the graveyard. The local war memorial stands on the highest point of the island.

To discover the origins of the place-name Ynys Gorad Goch (a nearby island with fish traps), see our information about the grave of Catherine Jones (who lived on the island). 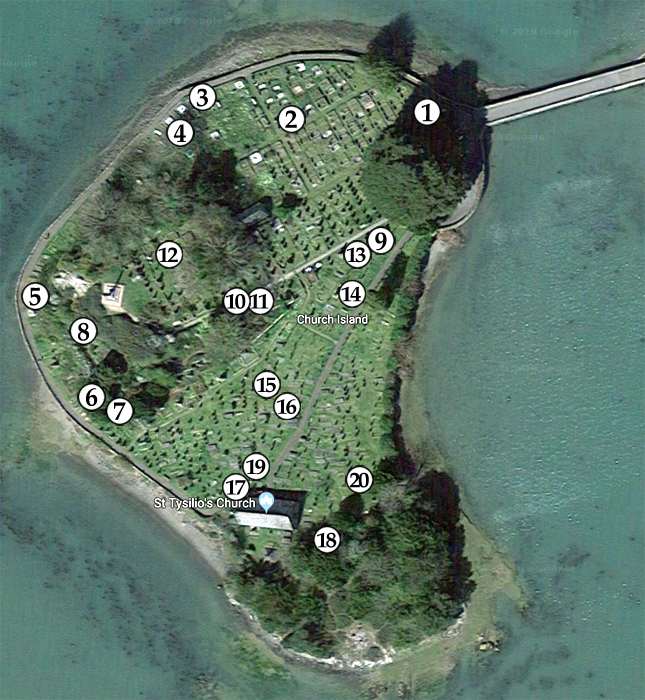