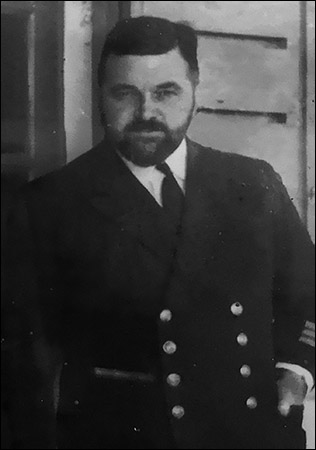 This JD Wetherspoon pub is named after John Wallace Linton, a Second World War naval hero from Newport who received the Victoria Cross. Unusually, he and his son William both died in submarines.

John Linton, known as “Tubby”, was born in Newport. His father was E Maples Linton, a local architect. Tubby was educated at the Royal Navy’s colleges at Osborne House, Isle of Wight, and Dartmouth, Devon. He joined the Royal Navy as a midshipman on HMS Dauntless in 1923. He volunteered for the submarine service in 1927. A talented sportsman, he played rugby for the Royal Navy.

When the war broke out in 1939, Tubby was commanding HMS Pandora in the Far East before being transferred to the Mediterranean in early 1940. He was awarded the Distinguished Service Cross for sinking two Italian ships and rapidly built a reputation as one of the Royal Navy’s premier submariners.

He was promoted to commander in December 1941 and took command of HMS Turbulent, continuing to inflict great losses on enemy shipping. It is estimated that while in command of submarines, Tubby sank more than 100,000 tonnes of enemy shipping. In September 1942, he was awarded the Distinguished Service Order for courage and skill.

HMS Turbulent was last seen around 12 March 1943 and is thought to have hit a mine while on reconnaissance near Sardinia. The wreck has never been found. John Linton was posthumously awarded the Victoria Cross for sustained bravery during nearly four years of wartime command.

He had two sons by Nancy Pitts-Tucker, whom he had married at Lutterworth, Leicestershire, in 1928. The elder son, William, was a naval cadet at the time of his father’s death in action. William went to Buckingham Palace with his mother to receive his father's VC from King George VI on 23 February 1944. He subsequently joined the submarine service. He died, aged 21, in April 1951 when the submarine HMS Affray sank during a military exercise in the English Channel. He had been married for just one month.

With thanks to Adrian Hughes, of the Home Front museum, Llandudno