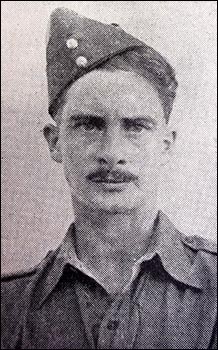 John Noel Mahler was born in December 1913 to Mary and Henry Mahler of Llanbedr-y-Cennin, writes Adrian Hughes. His mother Mary was an artist. His father Henry painted landscapes in oils, exhibited three times at the Royal Academy and was Honorary Secretary and Vice President of the Royal Cambrian Academy.

John was educated at Woodlands School in Deganwy and then Loretto College, Musselburgh, near Edinburgh. He was employed for a time at the Lever Brothers soap factory in Port Sunlight, Wirral. He left to enlist in the RAF in summer 1935 and served in Egypt, Iraq and India before the outbreak of the Second World War.

A member of the North Wales Climbing Club, John was also a talented horseman, winning many trophies in polo and point-to-point racing.

In 1940 he was posted to a bomber squadron and carried out numerous sorties over enemy ports and cities. On one occasion his fully laden bomber caught fire after an engagement with three Luftwaffe fighters over the North Sea, but John was able to turn his aircraft round, fly back to Britain and get his crew out before it exploded. For this he was awarded the Distinguished Flying Cross. In 1941 he was stationed with a training squadron as an instructor but, at his own request, transferred back to Bomber Command.

In January 1942 his Stirling bomber collided over Cambridgeshire with an RAF Hurricane which was conducting an unauthorised mock attack on the bomber. All eight crew members of the bomber died. John was buried at Cambridge Crematorium.