This memorial was unveiled in 1969 in honour of the great Welsh-language poet Robert Williams Parry, who was born in 1884 at Madog View in Tal-y-sarn. 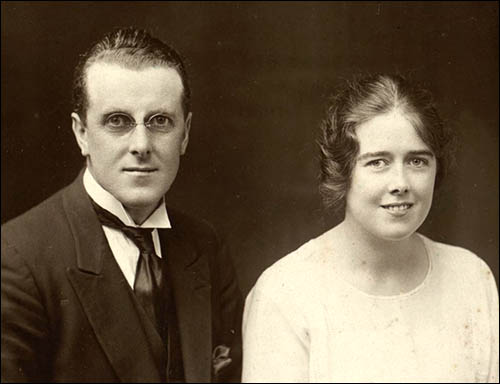 Bob, as he was known by his contemporaries, graduated from Bangor and later gained a Masters degree for his research on connections between the Welsh and Breton languages, for which he lived awhile in Brittany. He taught at schools in various parts of Wales, including Cardiff, before serving in the army in the First World War. After a few more years of school teaching, he spent the rest of his career as a university lecturer in Bangor.

Bob’s poetry is contained within Yr Haf a Cherddi Eraill ('The Summer and other poems') (1924) and Cerddi'r Gaeaf ('The poems of winter') (1952). It reflects his upbringing in a slate-quarrying area, his interest in Welsh mythology and aspects of the social and political upheaval of his time including his response to the Great War. He won the National Eisteddfod chair in 1910 with his celebrated awdl (long poem) Yr Haf with which he became instantly identified. 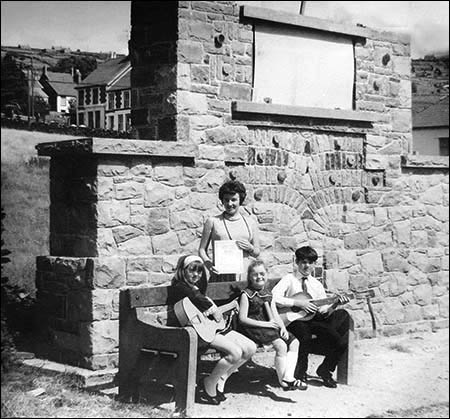 His eulogy to Hedd Wyn (Ellis Humphrey Ellis), the soldier-poet killed in action in July 1917, is one of his most memorable poems. One of his most popular sonnets, Mae Hiraeth yn y Môr, was later set to music by Dilys Elwyn Edwards.

Bob married Myfanwy Davies in 1923. They’re shown in the photo from c.1923, from the National Library of Wales collection. They had no children. Bob died in 1956 and was buried at Coetmor, Bethesda.

The lower photo (courtesy of Betty Williams) shows the newly built memorial in 1969. The board covering the plaque at the top suggests that the memorial was awaiting its official unveiling at the time. The local youngsters in the photo had won prizes in a talent show at Happy Valley, Llandudno. Standing at the back is Betty Williams, who had won a prize for solo singing. She was the Labour MP for Conwy from 1997 to 2010.

With thanks to Prof Gerwyn Wiliams, of Bangor University