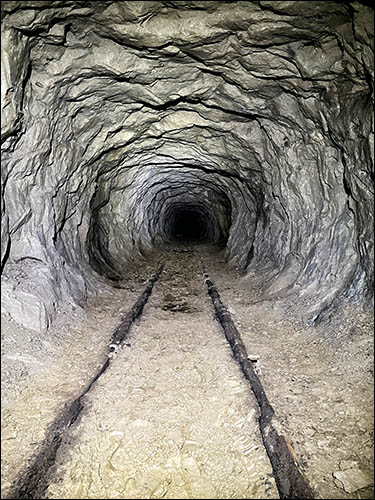 If you've just scanned the QR codes in front of the Belmont Hotel, you’re now directly above a tunnel that runs in a north westerly direction for 500 metres. This was part of the Tŷ Gwyn copper mine, operational from 1835 until 1853.

Copper ore was found here by accident when a cow belonging to local man Benjamin Edwards slipped and exposed malachite (copper ore). The landowner got permission to prospect the area. Elsewhere on the Great Orme, copper has been mined since the Bronze Age. 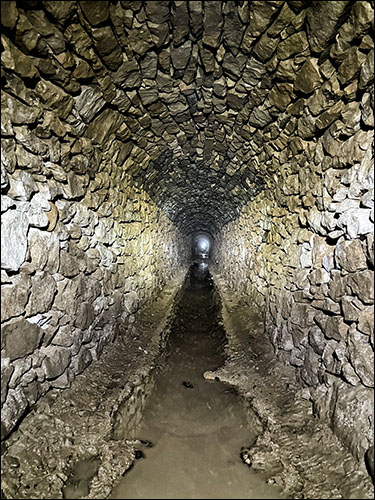 The Tŷ Gwyn Mining Company had its offices, stores, smithy, carpenter’s shop and engines in the vicinity of Church Walks, primarily where the Empire Hotel now stands. On Tŷ Coch Road, behind the Empire, there was a reservoir which supplied water for the beam engines (steam-powered) and drove a 4.6-metre (15ft) waterwheel on the land where the Min y Don Hotel is now (coincidentally the former home of a mines inspector). This in turn powered an ore crusher sited where the Belmont Hotel is today.

The crushed ore was taken away by flat-bottomed coasters known as ‘Mersey Flats’ to be melted down in Lancashire and Swansea. The ships brought in coal for the steam engines and food and provisions for the miners, as Llandudno was isolated at that time with a population in 1841 of just 1,047 people. 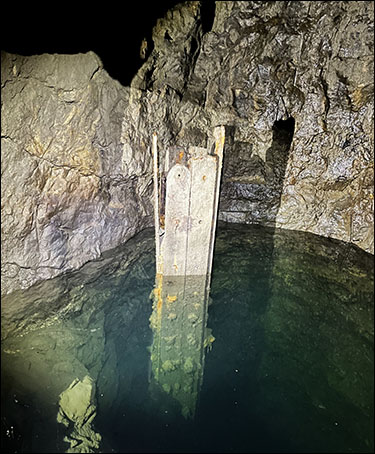 Life for the copper miners was hard. It’s believed that they worked six-hour shifts and spent the rest of their time farming and fishing in order to survive. Each small team of miners had a leader who negotiated with the mine owners and tried to get the best deal for ore extracted. It’s estimated that in the 1840s each miner was coming away with about 14 shillings (c.£70 in today’s money) a week after deductions for drill sharpening, black powder and tallow candles.

While the Tŷ Gwyn mine was relatively short-lived, it was extremely profitable for the owners with over £100,000 worth of copper ore extracted. However, many of the mine tunnels were below sea level, and flooding was always a problem despite the large steam engines working constantly to pump out water.

The photos of the tunnel show surviving railway track, stonework lining the tunnel, and the part-submerged ends of pumping rods.

With thanks to Adrian Hughes, of the Great Orme Exploration Society