This building probably dates from the early 17th century. It once ground barley and wheat. In 1912 the miller’s son, Artie Moore, was the first person in Britain to learn of the loss of the liner RMS Titanic. 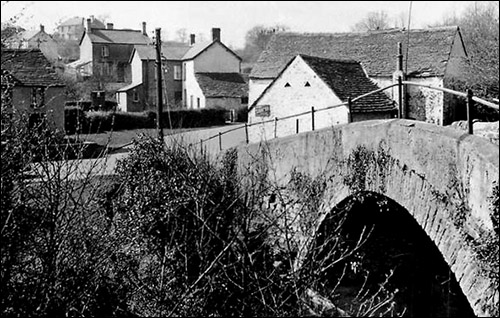 The Moore family took over the mill in 1874 and supplied feed and seeds to farmers. In the early 20th century electricity generators were installed, using water power to charge batteries for local residents’ wireless sets. Artie experimented with radio technology and had his own receiver at the mill. He had another receiver on Mynyddislwyn, the high ground to the south east, where he would listen for messages from afar at night, when the radio signals carried further because of the lack of interference from sunlight.

On the night of 14-15 April 1912 his receiver picked up distress calls from the Titanic. He hurried to the local police station but was not believed, because radio signals were thought to have a much shorter range. Perhaps the liner’s reputation as an unsinkable ship also had some influence!

The authorities realised Artie had been correct two days later. Guglielmo Marconi, maker of the liner’s radio equipment, was impressed and gave Artie a job with his company. Marconi had conducted ground-breaking wireless experiments near Penarth, among other places in Wales.

Earlier in the 19th century, the miller at Gelligroes was the poet Aneurin Jones (1822-1904), bardic name “Aneurin Fardd”. He took over the mill from his father John, also a bard. Aneurin organised eisteddfodau in Gelligroes, founded a printing press in 1861 and taught younger bard William Thomas (“Islwyn”). Aneurin emigrated in 1864 and became superintendent of the parks and gardens of New York and Brooklyn. He was a poetry judge at American eisteddfodau and died in Los Angeles. You can read more about him on our page about The Halfway House pub, where he was landlord.

The mill was still in use in the mid-1970s but later became derelict. It was restored in 1992 and is now the candle factory of David Constable. He began to sell candles in 1970. Today his business, Candlemakers Supplies, also provides equipment for people to make their own candles.

The mill is closed to the public.