You are here: Home » Buildings » Ceredigion » Aberystwyth: The Glengower

One half of what is now the Glengower was once the home of Sir John Williams, one of the foremost obstetricians of his day and first president of the National Library of Wales.

The Glengower occupies two former houses. The northernmost house (on the left as you look from the pavement) was built c.1870 and named Snowdon House. It was a lodging house until the proprietor, Mrs Kensit, moved in 1882 to bigger premises in Ocean View, the  house next door (now the other half of the Glengower). Later it was home to stonemason John Jenkins, who owned slate quarries north of Aberystwyth and was once the town’s mayor. 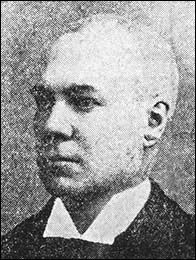 In 1908 Sir John Williams (pictured left) paid £1,530 at auction for Snowdon House. He renamed it Blaen Llynant, after his childhood home, Blaenllynant, in Gwynfe, Carmarthenshire. By then he was chairman of the embryonic “Welsh National Library”. He donated many valuable books and manuscripts to form one of the library’s foundation collections, and bequeathed money and the rest of his books to the library on his death in 1926.

In 1915 he appealed through the Welsh-language press for donations of Welsh books or money to create a library for young men in military training for the First World War.

He was knighted in 1894 for his work as an obstetrician. His patients included the Princess of Wales, later Queen Mary, and he was reported to have "introduced to the world a future King of England” (Edward VIII). In June 1915 he was made a Fellow of the Royal Society of Medicine.

In the 21st century there has been speculation that Sir John Williams was Jack the Ripper, the nickname of the 1888 serial killer in London who mutilated the bodies of his female victims in a way which suggested anatomical expertise.

The adjoining houses were combined in the 1980s as the Glengower, which for many years was a popular student nightclub. It was bought and reopened as a seaside pub by its present owners in 2001.