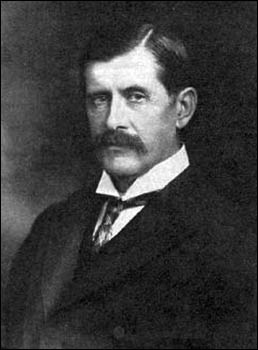 Clement (pictured here) was born in Camberwell, London, in 1841. His father Peter was for many years secretary of the Society of Arts. Aged 12, Clement was sent for schooling in France. Returning to Britain, he entered the Royal School of Mines. He continued his studies at the Freiburg Mining College in Saxony (Germany). Even before he had graduated he was appointed to the Geological Survey of Great Britain led by Sir Frederick Murchison. The survey occupied him from 1860 to 1865, after which he went to Sinai (Egypt), Venezuela and Italy.

1872 was a significant year for mining in Britain after the passing of the Metalliferous Mines Regulation Act, and Clement was appointed an inspector to carry out its provisions. He was first stationed in Devon and Cornwall where his efforts to improve old methods of working and develop safety caused considerable friction. Maybe because of this he requested a transfer.

He relocated to North Wales and settled in Llandudno. He was distinguished for his extensive scientific and practical knowledge of metalliferous mining and stone quarrying and regularly called to other parts of the country to investigate miners' deaths and their causes. By coincidence, his home here was on the former site of a copper-mine waterwheel.

Perhaps the most famous investigation he was involved with was the Snaefell lead mine disaster which killed 19 miners on the Isle of Man in 1887. The lowest parts of the mine had little ventilation and because of inadequate safety measures a stray candle had been allowed to burn after the end of the working day. This set fire to a pit prop and before long the blaze had taken hold, filling the bottom of the shaft with carbon monoxide. When the men returned to work, they descended the ladders and on reaching the lower levels were overcome by the poisonous fumes. Clement narrowly escaped death from the fumes when he investigated.

He was knighted in 1903. After his death in 1904 his family gave a memorial stained-glass window to St Tudno’s Church on the Great Orme. It depicts St Clement, patron of marble workers, and St Barbara, patron of miners.