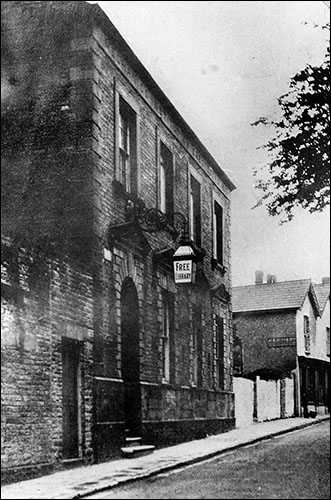 This building opened in 1847 as a permanent home for the Neath Mechanics’ Institution. It was designed by Alfred Russel Wallace, a pioneer of the theory of evolution now commonly credited to Charles Darwin. Today it houses the Neath Antiquarian Society’s archives.

The institution was formed at the Town Hall in October 1843 to provide education and reading materials for local people. Many tradesmen closed their shops at 8pm on Tuesdays and Fridays for employees to attend evening classes.

In August 1846 it was reported that the institution had approved a “plan for a new building in which to hold the future meetings, drawn up by Mr A Wallace”. The building cost c.£600. The upper room was for lectures, the reading room and library were below. Lectures covered a broad range of subjects. Science and art classes were held and prizes awarded annually to women and men. Prize categories in 1890 included freehand drawing, perspective, machine construction, “steam”, chemistry, mathematics and “sound, light and heat”.

Wallace was one of the institution’s earliest members and gave physics lectures there. He was born in Usk in 1823 and lived in Neath from 1841 to 1848. During this time his interest in biology became a passion, and his first published scientific paper (1847) related to a type of beetle living in the Vale of Neath. In 1848 he left to explore distant continents, where he formed his theory of evolution. 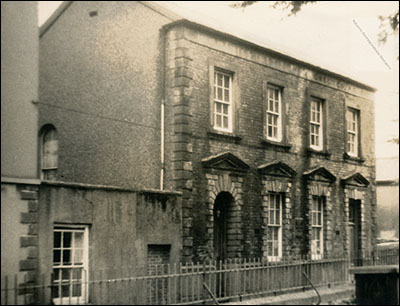 The frontage of the Mechanics' Institute
© Neath Antiquarian Society

He published several books about his travels, and Charles Darwin’s friends arranged a joint lecture by Wallace and Darwin in 1858 to present the evolution theory which both had developed separately. In the early 20th century, the roles played by Wallace and others in the theory’s development tended to be overlooked and Darwin was usually credited solely.

Since 2001 the Mechanics’ Institute has been home to the Neath Antiquarian Society, whose roots go back to 1834. The building and its archives are open to the public on certain days – follow the link below for details.

With thanks to Neath Antiquarian Society