This church is at the other end of the township from the Norman castle. That suggests the church is pre-Norman, as does the stone cross found here (pictured below). The cross, now displayed in the church, was elaborately carved in 10th century. 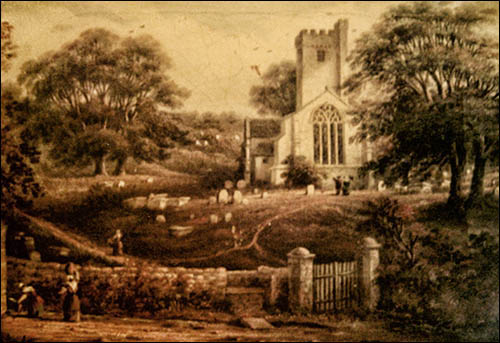 One of the springs near the church was claimed to heal blindness. This site may have been a holy place before Christians adopted it. The ornate carved stone and the huge size of the original parish indicates that St Martin’s was an important church – the ‘mother church’ to what became surrounding parishes.

The mausoleums at the top of the graveyard indicate the former wealth of local people. Among those buried here is the poet Dylan Thomas, who lived in Laugharne for his last four years. His grave has a white wooden cross near the centre of the graveyard extension (across the bridge).

There may have been a very early stone church here. Sir Guy de Brian, Lord of the Manor, built a new church in the 14th century, from which the reredos (carved screen) survives – the oldest in South-west Wales. The ‘Garter Window’ includes some stained glass from his church. The church’s present cruciform structure dates from the 15th century.

The impressive monuments inside include one for Judge Sir John Powell of Broadway Mansion. He presided in the trial of seven bishops in James II’s reign. Their acquittal led eventually to King James absconding, to be replaced by William III who, perhaps in gratitude, granted Laugharne weekly markets and annual fairs. His grant and seal hangs in the town hall. 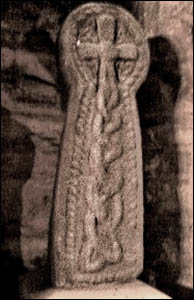 Past clergy here include William Thomas (1638-1677), reputedly ejected from the church at pistol point by Oliver Cromwell’s soldiers. He ran a school in Laugharne before resuming duties as a priest. He became bishop of St David’s and later Worcester.

Thomas Philipps (1706-1748) had the churchyard’s yew trees planted in 1720. The one nearest the church was known as the ‘fox tree’. The heads of foxes, badgers, wild-cats and owls were hung there, after being caught by people who received vermin-control payments.

He also installed the peal of six bells (still rung) and commissioned the fine altar cloth. Perhaps his most significant act was to appoint, in 1709, Griffith Jones as his curate and schoolteacher. Griffith’s preaching became so famous that it drew congregations of up to 3,000, so he would often preach outside the church – reputedly from its north porch. He was one of the most influential people in 18th-century Wales.

With thanks to Peter Stopp

Laugharne Lines website - more information about the church and township