You are here: Home » Sites » Carmarthenshire » Pendine: Site of US Army landing exercise

Site of US Army landing exercise, Morfa Bychan, near Pendine 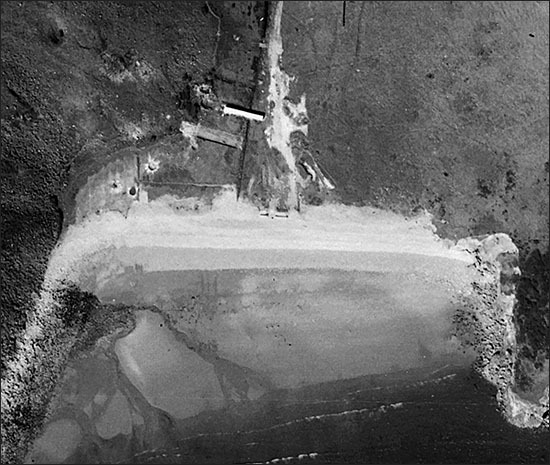 Near the Wales Coast Path at Morfa Bychan are the remains of a sea wall built to simulate the sea defences American troops would encounter when taking part in the liberation of France from Nazi occupation. They were the focus of an exercise in May 1944, shortly before the actual landings on D-Day, 6 June.

The Allies knew the western part of what they codenamed 'Omaha Beach' had a sea wall (to protect the land from erosion) and an inner military defensive wall blocking the only metalled road from the beach – as portrayed later in the 1998 film Saving Private Ryan.

The US Army needed to practise breaking holes in the walls to enable tanks and troops to leave the beach. The terrain at Morfa Bychan provided a suitable stand-in for that part of the Normandy coast. Two parallel walls were built, c.35 metres apart. During the exercise, a British tank rolled up the beach, deposited a frame packed with explosives beside the first wall and retreated. The explosion opened a hole for the tank to drive off the beach. By now, that wall has been eroded away almost entirely. 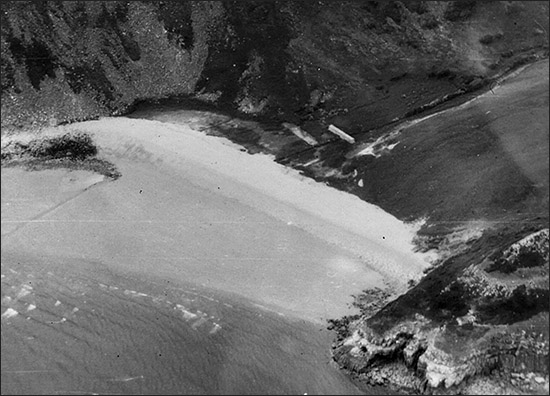 The inner wall, c.35 metres long, is still largely intact and is scarred from attacks by explosive charges of differing strengths. The aerial photos, courtesy of the Welsh Government, show the walls in 1946 (with bomb craters nearby) and in 1951.

The beach had ‘dragon’s teeth’ – pyramidal concrete blocks, some of which can still be seen at times. There are also twisted metal shapes under the sand, occasionally partly exposed: these anti-tank devices were installed to simulate German invasion defences on the Normandy beaches.

The path in this vicinity, including the zigzag, was built in 2010 as part of the creation of the Wales Coast Path, which opened in 2012 as the world’s first footpath around an entire nation’s coast. This section was built with the help of United Nations Association volunteers from around the world.