This building was originally St Michael’s Theological College. It incorporates a half-finished house which was known as “Prichard’s folly”. The college was replaced by St Padarn’s Institute in 2016 – see below.

Welsh architect John Prichard (pictured) was responsible for Llandaff Cathedral’s restoration. There’s a memorial to him in the cathedral graveyard. He died in 1886 while in the process of extending his house here, which lay vacant for 20 years. The photo shows the south-west aspect of “Prichard’s folly”, as it was known.

English architect Frederick Robertson Kempson (1838-1923) inherited John Prichard’s architectural practice and was commissioned in 1905 to build a new home in Llandaff for St Michael’s Theological College, then in Aberdare. He incorporated the south and east elevations of Prichard’s uncompleted house into his design. 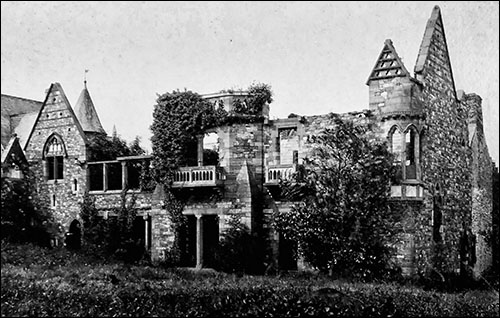 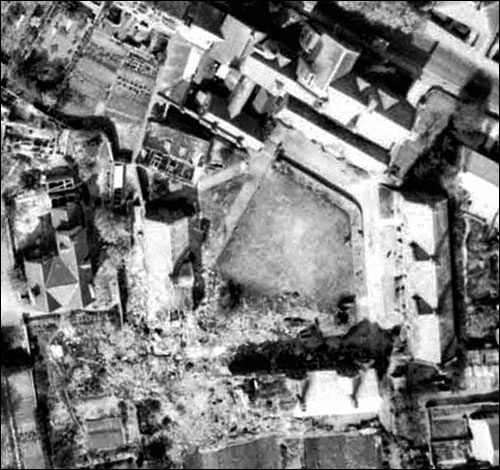 The aerial photo, courtesy of the Welsh Government, shows the college after the chapel and part of the student accommodation were hit by a German bomb in 1941, on the same night that the cathedral was bombed. The chapel was rebuilt in the 1950s to designs by George Pace – you can see it in the distance as you look across the car park from the pavement.

St Michael's educated thousands of clergy, including the poet RS Thomas in the mid-1930s. It was the central training facility of the Church in Wales after disestablishment in 1920.

In 2012 the Church in Wales carried out a review to see what changes the college needed to become more effective in its ministry and witness. As a result of the review’s findings, it was decided to replace existing training across Wales with a new institute which would have a wider educational remit to equip all people of God: clergy and lay people.

Bishops chose to name the institute after St Padarn, who travelled across Wales in the 6th century. The name reflects the reach of the institution, which operates across the whole of Wales.

With thanks to Michael Statham and Kathryn Delderfield, to W Clarke of Llandaff for the portrait and folly photos, and the Welsh Government for the aerial photo