This page
sponsored by:
The Imperial Hotel
Victorian charm and first class service in the Queen of Welsh Resorts

Use the map below to find the interesting graves we’ve selected at this cemetery. Click the person’s name below for details about them. The graves are grouped by their positions, in the north-west, north-east and southern sectors of the cemetery.

When you go to look at the graves, please take care and remember that the ground in cemeteries can be uneven. 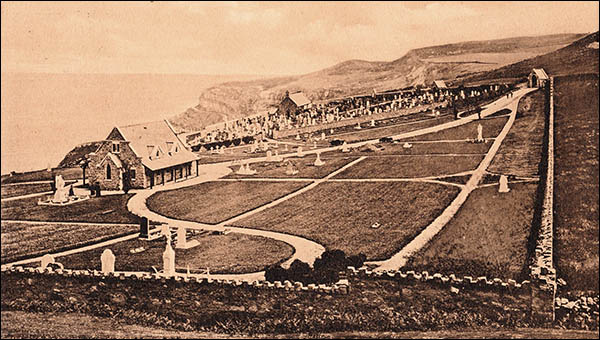 Part of the municipal cemetery was consecrated in 1903 by the Bishop of Bangor. He and other dignitaries travelled to and from the ceremony on the Great Orme Tramway.

The postcard photo (courtesy of Marian Rackham) shows the cemetery before the First World War. Beyond the new cemetery is St Tudno’s Church and churchyard. The postcard was sent in August 1914 to Mary Timmis (later Mary Biddulph) of Burton upon Trent by one her sisters, who was holidaying in Llandudno. 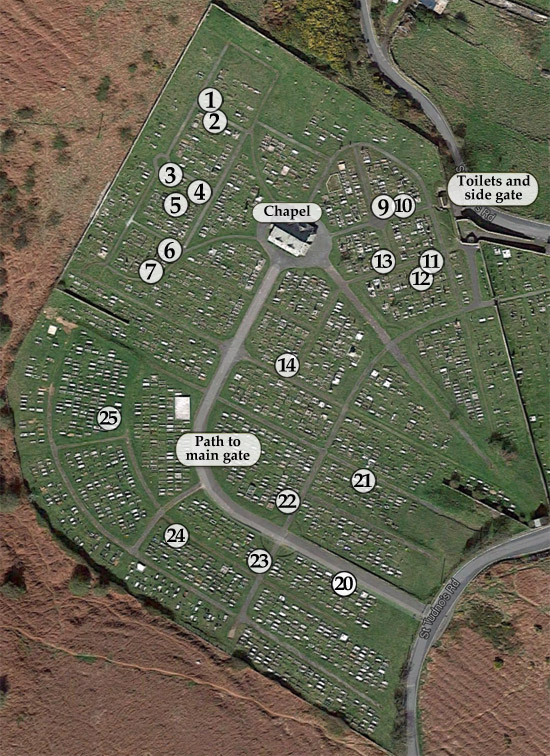