Sophia Gardens has been the home of Glamorgan County Cricket Club since 1967. The Club was formed in 1888 and played its first inter-county match against Warwickshire in 1889. The venue was the Cardiff Arms Park. 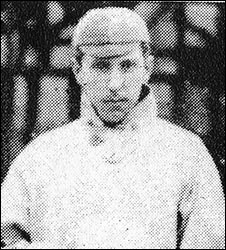 In the 1890s the Club developed rapidly, guided by Jack Brain. He was a relative of Samuel Arthur Brain, who had recently taken over the Old Brewery in St Mary Street, Cardiff. Jack played successfully for Gloucestershire before moving to South Wales to manage the brewery. He became Glamorgan’s captain and secretary in 1891. He used his business acumen and contacts to secure better players, including several professionals, for the Club.

Glamorgan’s first full-time professional was Billy Bancroft of Swansea, who was also a Wales rugby international. Two years after his appointment, the Club was elevated to the Minor County Championship in 1897. It was joint winner of this championship in 1900.

After the First World War, in which many Glamorgan players served and some died, the Club was elevated to first-class status in 1921. The following two decades were difficult ones for the Club but things turned a corner after the Second World War under the leadership of Wilf Wooller, a former Wales rugby player who had returned from gruelling captivity in a Japanese Prisoner of War camp. Under his captaincy, Glamorgan won the County Championship in 1948. 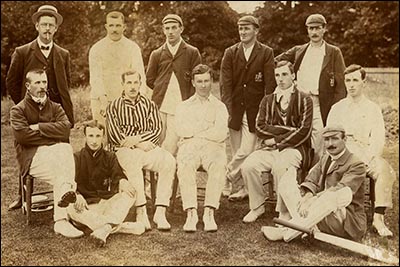 The 1960s was perhaps the Club’s best decade on the pitch, featuring two victories over Australia (in 1964 and 1968) and the County Championship title in 1969. This was also the decade when the Club moved to Sophia Gardens as work began on construction of the National Stadium at the southern end of the Cardiff Arms Park.

The QR codes for this page are at position no 1 (shown in red) on the map below.