In memory of Albert Richard Griffiths 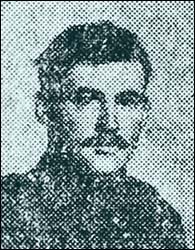 Albert Richard Griffiths was born in January 1890. His parents were Edward and Ruth Griffiths of Pistyllgwyn, Pentrebach, Pontarddulais.

Albert emigrated to Canada in 1911 and worked as a miner in British Columbia, where he enlisted in 1915. He joined the 3rd Pioneer Battalion. He had returned to Britain for training by August 1915. Shortly before departing for the Western Front, he visited his parents at their Pontarddulais home in September 1915.

His battalion was engaged in strengthening defences near Ypres, Belgium, in summer 1916. Private Griffiths was killed there on 3 July 1916. He was 26 years old. He has no known grave and is commemorated on the Menin Gate in Ypres.