Land both sides of Belmont Road once formed the Glynn estate, where Dorothy Countess Haig spent her final days. Many people blamed her husband, Field Marshall Douglas Haig, for some of the First World War’s worst bloodbaths. 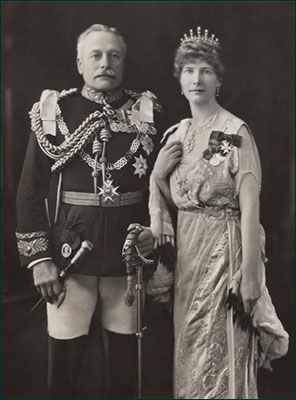 Walter Warwick Vivian bought the Gorphwysfa estate in 1902, when he retired as manager of the Dinorwig slate quarry. He renamed it Glynn after the family home in Cornwall where he grew up. His father was Lord Lieutenant of Cornwall and had married into the Panton family of Plas Gwyn, Pentraeth, in 1841.

In 1907 Walter was visited at Glynn by Constance, Duchess of Westminster. Both were fined £5 each (over £600 today) for dangerous driving during a trip to Barmouth. She denied driving at over 24mph through Dyffryn Ardudwy. She claimed the speed was no more than 12mph, she was only in second gear and her 60hp Mercedes threw up more dust than other cars, making it appear to be going faster than it was!

Vivian’s nieces, twin sisters Dorothy and Violet, were maids of honour to Queen Victoria and Queen Alexandra. In 1905 Dorothy married Major General Douglas Haig in the private chapel of Buckingham Palace – the first wedding there of any couple outside the royal family. King Edward VII and Queen Alexandra attended.

Douglas became Commander in Chief of the British Expeditionary Force in France and Flanders in 1915. After the war he was created Earl Haig. He died 1928. Opinion is divided over his wartime record, and he remains a controversial figure. 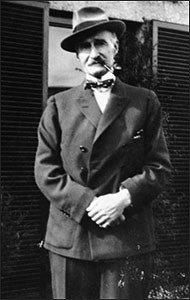 Dorothy supported the British Legion, which her husband founded, and was “a fearless fighter in defence of her husband’s memory”. His statue in Whitehall was remodelled three times due to her criticisms, but she still declared the final version “monstrous”!

Before the Second World War, Dorothy and her two nurses moved to Glynn to be with her uncle and sister. She died here on 17 October 1939, aged 60. Walter died here in September 1943, leaving most of his estate to Violet, owner of Cestyll, near Cemaes.

Shortly before the war, the Lodge at the entrance to the estate – facing the main road and Wales Coast Path – was home to head gardener Harold Horn, his family and three evacuee children: Mary K Murphy from Melksham, Wiltshire; and Lesley and Mary Parsons, possibly from London.