This building, now home to Tenby Sailing Club, has long been a prominent feature of Tenby harbour. Sleeman’s Stores is part of a group of 19th-century warehouses on the south side of the harbour – shown in the 1890 photo with the stores building on the right. Notice that there was an external flight of steps to the first floor. 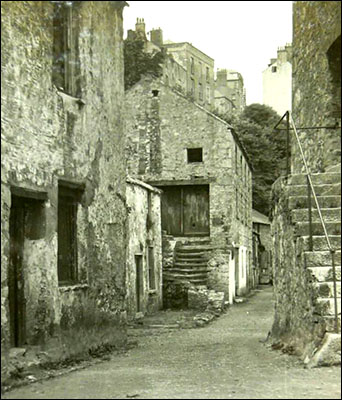 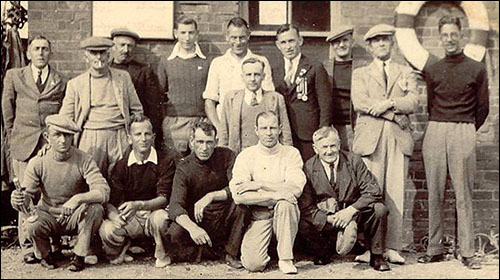 The stores are named after Thomas Sleeman, who traded in wines and spirits. He was a magistrate and one of nine trustees of the Tenby Charities, which received hundreds of pounds of rental income each year and distributed it to the poor (particularly the elderly). Thomas was bankrupt in 1842. He died at home in 1855, aged 75.

The building was erected in 1825. The drawing from 1835 records that the arches underneath the building were originally open. They formed the eastern end of the harbour sluice, where seawater was previously impounded for flushing silt from the harbour.

The drawing of paddle steamers alongside the stores building c1840 is shown here courtesy of Llyfrgell Genedlaethol Cymru – the National Library of Wales. They had large “paddle wheels” on each side of the hull for propulsion.

The steamers carried passengers and freight between Pembrokeshire towns and Bristol. Fares in 1835 included £1 5s for horses and 3s for dogs.

Tenby Sailing Club was founded in 1936. The lower photo shows some of the first members. The club later occupied the first and second storeys of the stores building. Before being reinforced in the 1970s, the floors were in such poor condition that regulars would sit as near to the walls as possible!

In 1970 the club sold a gold trophy to pay for a bar counter, still in use, which is shaped like a section of a ship’s hull. The club welcomes non-members in the first-floor bar room.

The club later moved in to the ground floor as well, using part of it to store rescue boats 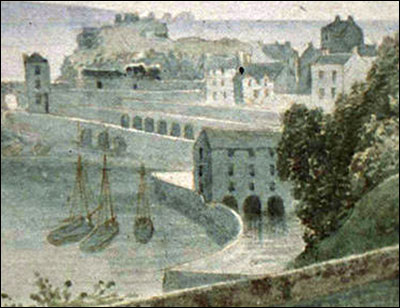 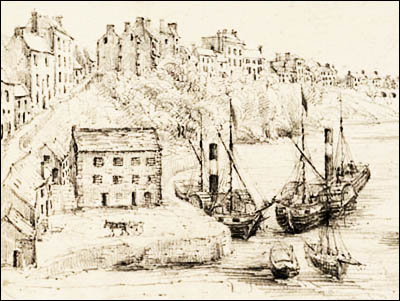