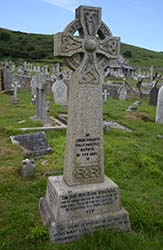 At the bottom of Ty Gwyn Road, near the Empire Hotel, there is a small car park. In 1864 this was the site of the first Turkish baths in Wales. Three years later the upper storey became a Roman Catholic chapel, and the ground floor was converted into living quarters for a priest. The first priest was in poor health and died in 1869, to be replaced by Father Patrick Mulligan, aged 34. He hailed from Columbkille, Ireland, and was educated at Carlow College. 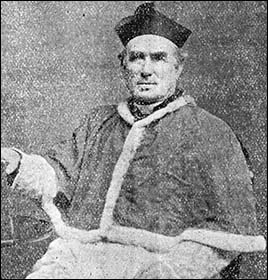 His task was to develop a district which covered much of North-west Wales, as far south as Dolgellau, but had only 27 Catholic worshippers! It appears that he succeeded. In the 1890s he oversaw the building of a new chapel, in Lloyd Street, because the original one was too small to cope in the summer with the number of Catholics who visited Llandudno every year as well as the those in the local population.

Father Mulligan, Dean of the Menevia diocese, died in 1906, aged 71. Bells at Holy Trinity, the Anglican church in Llandudno, were rung for his funeral procession.