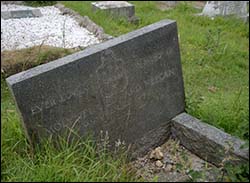 Mary Edith Nepean, born in Llandudno in 1876, was an artist, musician, novelist, columnist and wartime nurse.

Her father, John Bellis, was an “Overseer of the Poor” – an official who administered relief such as money, food and clothing to Llandudno’s poor. The family lived in Abbey Road at a house called Bron Heulog. Young Edith attended St George’s School and also studied painting under Scottish artist Robert Fowler. She was later a prominent member of the Gwynedd Ladies’ Art Society, often exhibiting at the Mostyn Art Gallery. She studied music under Dr Rowland Rogers, of Bangor. 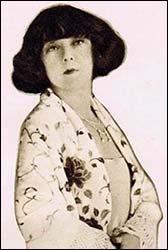 In 1899 she married bank cashier Molyneux Edward Nepean, who had been working in Llandudno for two years. Their marriage at St George’s Church was brought forward a couple of months to enable the couple to marry in Llandudno before the groom started a new job in Folkestone, Kent. It was there, at the outbreak of the First World War, that Edith volunteered as a Red Cross nurse for the duration of the war. She later became Commandant of the Folkestone detachment.

Nepean's first novel Gwyneth of the Welsh Hills was published in 1917 and adapted for the 1921 silent movie of the same name, starring Madge Stuart and Lewis Gilbert. Nepean dedicated this book to the “Welsh Wizard” – former Prime Minister David Lloyd George who advised her to start writing professionally after reading some of her early eisteddfod entries.

She wrote a further 30 novels. As a columnist for Picture Show magazine, she took readers behind the scenes of the studios at Elstree, Pinewood and Shepperton, interviewed the stars and introduced readers to the latest blockbusters. Her wide circle of friends included Cardiff-born Ivor Novello. Despite her popularity, only four mourners attended her funeral.