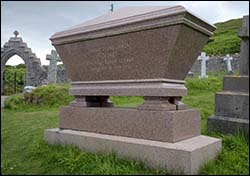 Thomas Tudno Jones was one of the most accomplished Welsh-language poets of his age. Under the bardic name Tudno, he won the National Eisteddfod chair in 1875, 1877, 1888 and 1890. The 1890 Eisteddfod was held in Bangor, and Tudno was invested with the chair by the Queen of Romania, who was then staying at the Adelphi Hotel in Llandudno and immersing herself in Welsh cultural life.

He was born at Bron Heulog, Llandudno, the youngest of nine siblings. Leaving school aged 13, he worked in his brother’s shop initially. Later he became editor of the Llandudno Directory and Llais y Wlad. He married in 1879 but both of his offspring died in childhood. 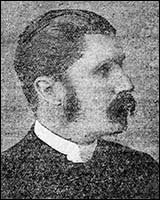 He was ordained by the Bishop of Liverpool in 1883 and soon afterwards became curate of Eglwys Gymreig Dewi Sant, a Welsh church in Liverpool. Later he was curate of St Mary’s Church, Llanrwst. He opposed the gathering movement to disestablish the Anglican Church in Wales.

He was admitted to the Gorsedd of Bards, aged just 20, at the 1864 National Eisteddfod, where he won the prize for the best pryddest (long poem in free metre). Later he was in great demand as a literary adjudicator.

Ill health forced him to give up his Llanrwst curacy in 1893. He died in 1895 at Bryn Llewelyn, Llandudno. According to some press reports, his last poem, written a week before his death, was a three-verse work titled Mae arnaf eisieu marw (“I wish to die”). Others reported that his last work was a short verse, an englyn, to Queen Victoria for the next National Eisteddfod’s proclamation ceremony.