In memory of Albert Wynn Williams 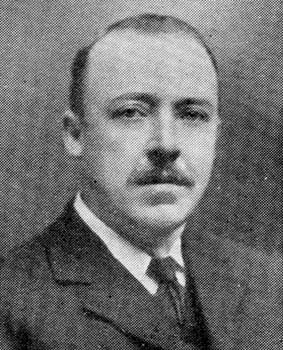 In memory of Albert Wynn Williams

On the 17th July 1917, the steamer SS Eloby was torpedoed off the coast of Malta killing 56 merchant seamen including Albert Wynn Williams of Bangor, writes Adrian Hughes.  He was born in Bangor in 1869, the third son of foundry owner David Wynn Williams and his wife Emily.  The young Albert attended Garth National School before taking up an apprenticeship at his father’s foundry on Beach Road.  Later it was renamed the Menai Foundry and is now a garage and tyre centre.

After learning his trade he moved from Bangor to Birkenhead and worked for shipbuilders Cammell Laird, where he developed his engineering skills. In his 20s, he joined the shipping line Lamport & Holt based in Liverpool. In the 1890s Albert Wynn Williams began a 20-year spell working for the Elder Dempster shipping company.

Elder Dempster was founded in 1868 by John Dempster and Alexander Elder after they went into partnership to act as the Liverpool agents of the British and African Steam Navigation Company.  Their fleet mainly served the West Africa line, operating out of Liverpool and running cargo ships and passenger liners to Ghana and Nigeria. In 1909 Elder Dempster was sold to Sir Owen Philipps’ Royal Mail group and owned 109 ships including SS Eloby.

At the outbreak of the First World War the Admiralty requisitioned thousands of cargo and passenger liners from British shipping companies. Elder Dempster played a major part in Britain’s war effort, losing 42 ships and hundreds of crew.

SS Eloby spent three years transporting troops, equipment and supplies between Britain and France and Britain and Egypt. On June 26 1916 it escaped being hit by a torpedo in the Mediterranean Sea. In July 1917 it was carrying explosives to Alexandria, in a two-ship convoy with two naval escorts, when it was torpedoed by a German submarine, exploded and sank. Albert Wynn Williams, aged 47, was one of the 156 men (crew and troops) lost. He left his wife, Mary Ellen.