In memory of Arthur Trevor Williams 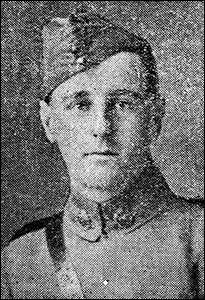 Arthur Trevor Williams was the only son of Henry and Margaret Williams, of Olinda, Beaumaris. Henry was an estate agent. The family also lived at a house called Bro Dawel in Anfield Road, Liverpool.

Trevor was educated at Liverpool College and was an avid reader of Welsh-language literature. Aiming for a medical career, he had reached his third year of studying medicine at Liverpool University when he volunteered for service. He joined the Inns of Court OTC (Officer Training Corps) in London and was commissioned as a Temporary Second Lieutenant in the Royal Welsh Fusiliers in November 1916. He was posted to the 15th RWF (London Welsh), which he joined in France on 16 January 1917. He was involved in fighting around Ypres for several months.

He then transferred to the Royal Flying Corps, predecessor of the RAF. He undertook a few weeks’ flight training before going into action over the Western Front.

In August 1917 he and his pilot had a lucky escape after they shot down two German planes and then came under attack from four others. The bench on which Trevor was sitting was shot to pieces and all of the petrol lost, at a height of c.4,500 metres. The pilot managed to glide the plane to a safe landing away from enemy territory. The pair returned to their camp, 23km away, in the private car of their commanding officer, who told Trevor: “Well done, my boy. This will not be your last deed, I am sure.”

On 4 September 1917 he was on a bombing mission when his plane engaged with 12 enemy aircraft, Albatross DIIIs, over the La Bassee region. One German plane was downed before Trevor’s pilot landed the plane. Trevor had been shot and died of his wounds later that day. He was 21 years old. He is buried at Lapugnoy Military Cemetery, near Bethune, France.