In memory of David Jones 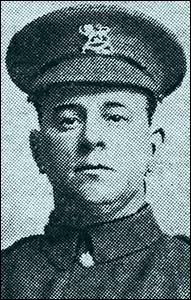 His brother Percy Jones lived in Tremont Road in the town. He had another brother living at “Craiglea” in Nantmel, and a sister in Aberdare.

He was killed on 5 October 1917 while at the front line near Ypres, Belgium. His company commander reported that Private Jones was hit by a shell while marching back to camp after having been out on a working party. He was buried at buried at Belgian Battery Corner Cemetery, Ypres.