In memory of Frederick James Rotchell 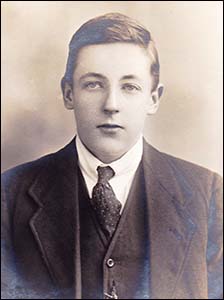 Frederick James Rotchell was born on 8 February 1898 at the Vicarage Stables, Wrexham, writes Kieran Brady. He had six siblings, Ivy (who died before him), Charles Leonard, Arthur, Ethel Mary, Lucy May and Rose Hanna. His mother was Sarah Jane Rotchell. His father, James Henry Rotchell, was gardener to Archdeacon Fletcher at the Rectory in Marchwiel. The family lived at 13 Saxon Street, in Hightown.

Frederick attended the Victoria School and hoped to become a carpenter, but put his career on hold to help the war effort. He enlisted with the Royal Navy on 14 December 1916 and trained at HMS Victory, Portsmouth. His service record tells us that he was 1.6m tall (5ft 3ins) and had brown hair and grey eyes.

On 26 February 1917, he joined HMS Opal, an M-class Destroyer. On the night of 12 January 1918, HMS Opal and sister ship HMS Narborough escorted a light cruiser from their base at Scapa Flow, Orkney, on patrol against enemy mine-layers. 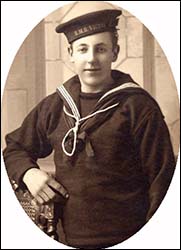 During a violent storm, the destroyers turned back to base but visibility was very poor and both vessels hit the coast of South Ronaldsay. Of the combined crew of 189, only one survived. A Court of Inquiry found that the accident was due to the “want of seamanlike caution in making the land ... and should not have been attempted in the weather conditions at the time”.

Fred, an Ordinary Seaman, was 19 years old. His body was never found. He is commemorated on the Portsmouth Naval Memorial.

The brass nameplate from Fred’s “ditty box” (which held his possessions on board ship) still survives. It was discovered by an Orkney resident in a cormorants’ nest, which the birds had lined with small materials from the shipwreck.