In memory of Middleton, Stephen and Harrington Best 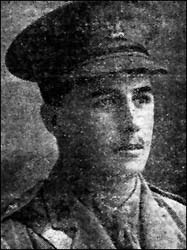 The Best brothers were sons of Mr and Mrs CW Best of Penbryn, Brecon. Their grandfather Walter Maybery was descended from Lord Barham, First Lord of the Admiralty when the Royal Navy won the Battle of Trafalgar. All three brothers were lieutenants and were killed in action in the space of just two months in 1917, leaving Mr and Mrs Best with only one surviving son.

Frank Harrington Best (pictured left), the youngest of the three, was the first to die. He had been educated at Christ College, then gained a BSc in Engineering from the University of London in July 1914. He joined the 1st Brecknockshire Battalion of the South Wales Borderers the following month. He left Britain in October 1914 for Aden, Yemen. He also served in India. He volunteered for the front line and was killed in Mesopotamia (now part of Iraq and other countries) on 13 February 1917, aged 22. 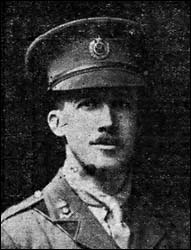 Just 10 days later, Arthur S Middleton Best (pictured right) was killed, aged 32, in Mesopotamia while serving with the Royal Engineers. He had attended Christ College before studying engineering under his father, who was Breconshire’s county surveyor and a Brecon town councillor. After obtaining a BSc in Engineering from the University of London, he returned home to help with the county surveyor’s work. He became assistant engineer of public works in Malaysia but left in 1915, travelling home at his own expense, to join the war effort. He was wounded in December 1916 and returned to duty in January. He was buried at Amara War Cemetery. 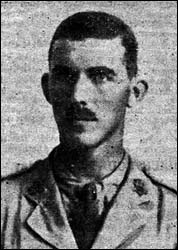 Stephen Wriothesley Best (left) was also educated at Christ College. While studying law at Edinburgh University, he trained with the Officer Training Corps. He was a civil servant in Edinburgh at the outbreak of war, when he immediately volunteered for service. He was given a commission with the Brecknockshire Battalion, South Wales Borderers, in September 1914, and served in Aden and India. He died in Mesopotamia on 30 April 1917, aged 28. He was Mentioned in Despatches.

Back to Brecon war memorial page
Back to Christ College page