In Memory of Scott Michael Hughes 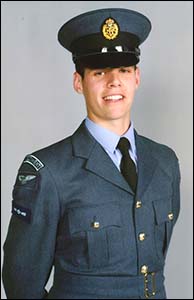 Scott Michael Hughes had survived the dangers of a tour of Afghanistan when he died accidentally during the journey home.

Scott was born in June 1990. He and his brother Adam were raised in Y Felinheli by their parents, Michael and Emma Hughes. Scott was educated at Ysgol y Felinheli and took a Saturday job at a convenience store in the village.

He enlisted in January 2009 as a Gunner in the RAF Regiment. The RAF Regiment was formed during the Second World War, primarily to defend RAF airfields from enemy attack, both from the air and on the ground. After the war the regiment continued to protect RAF interests at home and abroad including during the Afghanistan campaign, where seven personnel were killed.

After graduating in June 2009, Scott was posted to the regiment’s No.1 Squadron. During his six-month tour of Afghanistan he was employed as “top cover” on the lead patrol vehicle. He also served as a signaller in the helicopter of the medical emergency response team.

His unit stopped at a Cyprus military base during the journey home from Afghanistan. This was for “decompression”, a mandatory process for military personnel to unwind after deployment and prepare for arriving home.

On 5 November 2010 Scott fell from an inflatable “doughnut” while taking part in water sports at Episkopi. While he was in the water, he was struck by a military speedboat and sustained serious head injuries. He died two days later, aged 20, at Limassol General Hospital.

He was given a full military funeral on 19 November at St Mary’s Church in Y Felinheli and buried at Llanfairisgaer cemetery.