In memory of Thomas Barron Winter 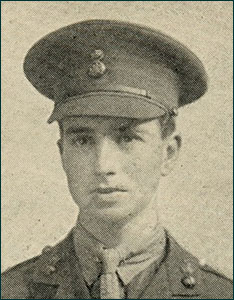 Thomas Barron Winter was born to Thomas and Margaret Winter. Thomas was Professor of Agriculture at the University College of North Wales, Bangor. The family lived at Lledwigan, Llangristiolus, Anglesey, in 1901 and had moved to Bryn Menai, Llanfairfechan, by 1911.

In 1905 Thomas and his siblings helped their mother to provide tea at the college’s Madryn Farm, in Abergwyngregyn, for c.60 farmers. Prof Winter had invited the farmers to view the results of trials in the breeding and care of sheep and the growing of oats and potatoes.

Thomas was educated at Friars School in Bangor before becoming a boarder at Giggleswick School in North Yorkshire. In 1913 he won a £20 Caernarvonshire Exhibition scholarship to study at the university college. His father died shortly afterwards and was buried at St Bodfan’s Churchyard, Abergwyngregyn.

Thomas joined the college’s Officer Training Corps. He entered a cadet school and qualified for a commission, but it was as a Private that he enlisted in 1917. He was soon promoted to Second Lieutenant with the 13th Battalion of the Royal Welsh Fusiliers. He landed in France on 22 August 1917.

In spring 1918 his battalion was involved in defending the front line as the Germans mounted an offensive in the Somme region of France. Thomas was killed on 22 April during hand-to-hand fighting. He was 19 years old. He is buried at Bouzincourt Ridge Cemetery. The university college’s flag flew at half mast in his memory.